In 2016 The Seebold/NGK Formula One Racing Team will be competing throughout the USA and Canada at major races and event festivals with NGK once again acting as Primary Sponsor. We are offering a marketing partnership with the First Family of Powerboating in the exciting world of motorsports with our Formula One Team. Formula One Racing is sanctioned by the American Powerboat Association (APBA), One of the oldest racing sanctioning bodies in the United States for over 100 years, and in conjunction with the USF1 Powerboat Tour. Formula One Boat Racing enjoys a stellar 40+ year history of thrilling audiences with it’s up close and personal nature of racing events facilitating consumer awareness and brand bonding.

Team Seebold has long been one of the most dominant forces in outboard powerboat racing, winning races across North America and around the globe. The Formula One boat is the top machine in international outboard racing. It flies above the water at speeds approaching 140 miles per hour and turns on a dime, producing competition as close as is found in any motorsport. The Formula One boat is sleek, glamorous, light and maneuverable. It’s 400-horsepower engine and distinctive hull design enable it to accelerate like a dragster yet race on tight courses that provide excellent spectator viewing.

Formula One Powerboats are 17′ long, 7’2″ wide, and weigh 1155 lbs. including the driver. The power to weight ratio is among the highest in all of motorsports.
As for the Performance, these powerboats accelerate from 0-100 mph in 3.5 seconds and quicker than a formula one car. Top speed is 140 mph and has the capabilities of going around a 180 degree corner at over 100 mph, pulling 6.5 G’s in the process making them the hardest turning race vehicle in the world. Combination of half boat and half plane, Formula One Drivers actually fly the boats across the straight aways.

Formula One Competition starts with a 20 boat field and dead engine Lemans start. A 1.25 mile course made of a combination of right and left hand turns with a variety of straight aways provides for deck to deck competition within inches of each other. There are several races each day with 10 lap heat races, 30-50 laps finals. This high speed endurance racing on the water makes for a constantly changing course and never the same 2 laps.

USF1 Powerboat Tour Races are contested across North America. The series’ spectator base blends the brand loyalty of the motorsports fan with the buying power of the recreational boater. Formula One Powerboat Racing typically produces the biggest motorsport’s event of the year for the markets it visits. Through Live Fan Attendance and Media Coverage, Formula One Powerboat Racing reaches hundreds of thousands of consumers.

A 3rd generation powerboat racer is the current driver of Team Seebold’s Formula One boat. Tim went to college at the University of Missouri (MIZZOU) with a division one wrestling scholarship. He is already in the APBA Hall of champions (highest award given in APBA), the All-Time Formula One Race Winner in U.S. History and won several National Championships…Read More

After 46 years of winning just about every race and championship in the sport, Bill Seebold finally stepped out of the cockpit in 1997. But he hasn’t stepped away from the water. Bill’s 2009 racing season was capped by a visit to Abu Dhabi to become one of the first two inductees into the international Hall of Fame for Formula One boat racing….Read More 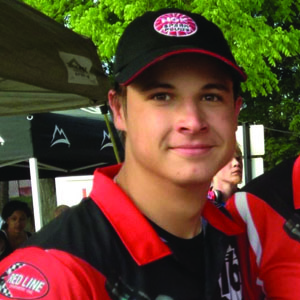 2016 will mark 20-year-old Hayden Jacobsen’s 2nd Season racing for team NGK in the Formula Lights class. In the spring of 2014, Hayden took 3rd place in LaPorte, Indiana and has continued to compete in races across the country…Read More

Also a veteran of the Marine Industry and Powerboat Racing. His love of the sport spurred him to assist in the revival of the Formula One PROP Tour and join longtime friend Tim Seebold as co-owner of Team Seebold. Jacobsen, a certified public accountant and graduate of Seattle Pacific University, is a past treasurer and director of the American Power Boat Association…Read More 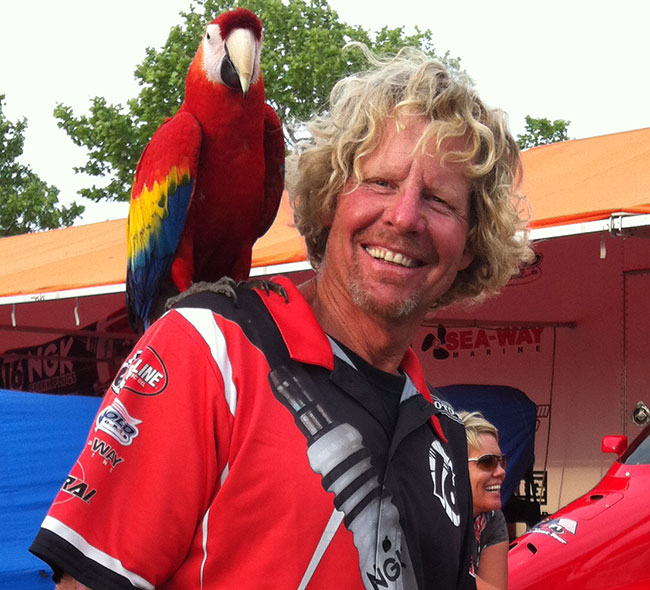 Kevin Pyles, owner and President of Moto Marketing Group has been creating award winning designs and marketing for motorsports teams and legends for over 25 years. Formally XG-ad, they were Anheuser-Busch’s Motorsports branding agency of choice with clients including Dale Earnhardt JR, Kenny Bernstein, Bernie Little, Seebold Racing, Dave Scott and many more. Most recently Kevin has designed and marketed the all new Gateway Motorsports Park, Big Thunder Motorsports and the 2nd Amendment USA Offshore Racing Team. Moto Marketing Group has been instrumental in creating the Seebold Family Brand since 1998. Kevin and his MOTO Marketing Group work and travel with the team to make Seebold/NGK F1 Racing, one of the most recognized branded teams in powerboat racing today.